Extreme violence caused by gangs and narcotics traffickers made it inconceivable for families to remain in their South American home countries. To protect themselves, they began to flee and seek safe haven in the United States. The current administration adopted a so-called “zero-tolerance” policy against those seeking entry, resulting in the separation of children from their parents.

Once children or families arrive at the U.S. border and request protection, they were held by the Department of Homeland Security (DHS) at detention centers, including processing centers. More than 2,300 children have been taken from their parents. These parents are still languishing in immigration detention without information about the whereabouts of their children.

Matthew T. Albence, Deputy Director said, referring to what ICE calls family residential centers, “the best way to describe them is more like a summer camp“. 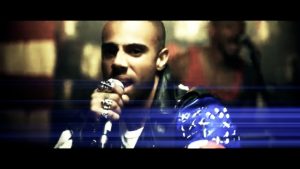 Enter Chicago artist Vic Mensa an alternative rock/rap entertainer. Known for his irreverent songs and videos depicting injustices executed by the system and political administration. Mensa just released the music video for their debut single “Camp America” and has become an instant sensation.

“The song’s lyrics were inspired by ICE director Matthew Albence comparing the immigration detention centers to summer camps,” Mensa tells The Daily Beast. “I thought that was a crazy fucking idea and wanted to create a world with this song that imagined that twisted alternate reality, where it was fun for kids to be held as prisoners, drinking out of toilets, away from their parents, and somehow enjoy it like one might at a summer camp.” 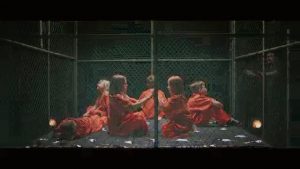 The video features Mensa in the role of a prison guard, watching over depicts white children in orange jumpsuits gleefully rejoicing as they’re being tortured and held in cages, while Mensa performs. It ends with a message in white type against a black background: “There are over 13,000 immigrant children in U.S. custody today. What if it was your kid?”

For now, the Trump administration has ended its policy of separating parents from their children as a deterrent against illegal immigration, but experts are concerned that migrant children are not receiving adequate care at detention facilities, and the health implications of their detention and separation can be long-term.