Before Uptown records hip-hop was a term used to include all elements of the scene, including fashion, music, graffiti, and breaking, not just rapping — was still relatively unknown in many areas across the rest of the country. 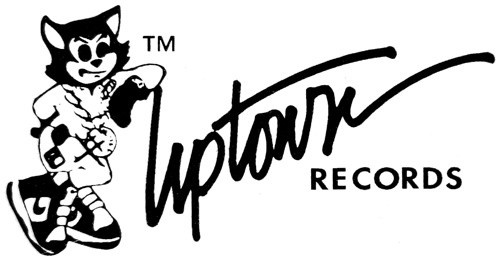 As for the hip hop record labels go. In the words of Ahmir Khalib Thompson,

Def Jam was the artform

Bad Boy was the attitude

Death Row was the muscle

But without even knowing it? Uptown was ALWAYS the party.

In 1986 Andre Harrell left Rush Management to launch Uptown Records under MCA. He dedicated the music for the type of lifestyle he grew up in. Dre named the label after the term New Yorkers called Harlem, Bronx and Mt Vernon.

Uptown Records went through a series of successes. By first releasing a compilation of works by then unknown artists. MCA was courting Harrell and offered him a $75,000 label deal. Harrell followed this up with a surprise hit by producing Heavy D’s platinum album, Livin’ Large. He built on this first success with hit albums from Heavy D, Al B Sure! and Guy.

Heavy D and the Boys

The first group Andre Harrell ever signed to Uptown Records was Heavy D & The Boyz. The group quickly became the break out stars. Dwight Arrington Myers(RIP) was the star of the group known as Heavy D. DJ Eddie F was the producer and the other two members, Glenn “G-Wiz” Parrish and the late Troy “T. Roy” Dixon, shined as background dancers.

Uptown was bolstered by another star act along with Heavy. Light Skin Superstar Al B Sure. However, he was introduced to Harrell through a mutual friend and, as a result, ended up singing background vocals on Heavy D. & The Boyz’s Living Large. The release of the project’s first single, “Nite and Day,” also happened to be the first song recorded for the album, which reached No. 1 on the Billboard.

Guy was Uptown’s next hit act. A platinum-selling trio originally comprising of Teddy Riley, Aaron Hall, and Timmy Gatling. With them, the label officially became home of New Jack Swing, and the party music label.

They were selling you the culture. Uptown folks were flashy, fly, and about a lavish lifestyle. Harrell wanted the culture and feel of the label to reflect the party vibe of Uptown. Uptown became the Motown of the hip hop generation. In time Andre began branching into TV & film, starting with the movie Strictly Business.

The story is a comedy plot of an Ivy League young executive Waymon who raising fast at his firm. A mailroom clerk Bobby, who dreams of being promoted to a trainee position at the firm. The film crosses views of the diversity and black urban culture in America, unscrupulous real estate investors, and a skyscraper that may or may not get sold.

His cookout banger “I’ll Do For You” belongs to Father MC and features the soulful vocals of Mary J. Blige on the hook.

The story of Puffy and Uptown is industry lore because of his perfect combination of drive, swag and ideas. Diddy got his start at Uptown Records as a business intern where he rose to obtain an A&R position. This was still the era of using an existing act to break a new act in. Puffy always been adept at this. Through his first signing for Uptown, Father MC, Puff got in some basic training for Jodeci. Later, He got appointed to executive produce Mary J. Blige’s What’s The 411, later got fired by Harrell, and then started the iconic label Bad Boy Records.

Andre Harrell sits down with own mentee, Sean “Diddy” Combs. Friends and colleagues for nearly 30 years, the two candidly discuss their personal and professional life. In their discussion, Combs details his time as an Uptown Records intern, recalling his pursuit of Heavy D, learning to produce with Jodeci, and crafting the sound and style of Mary J. Blige, all while admittedly spending his days trying to impress and make Harrell proud.

“He was my intern, introduced to me by Heavy D. For two years, he went to Howard University and then commuted up to work with us. Everyone has different things that make them a star, and with Puff it was that he had tremendous drive and style. When he came into the studio and started working with excellent producers, he learned about all different aspects of the music business, and got to understand the tremendous power of culture.” – Andre Harrell.

Mary and Jodeci changed r&b with street style, swagger and hip-hop beats. The industry had never seen anything like it. Before Jodeci, our “edgy” r&b was Bobby Brown and BBD. Uptown was our Motown, Mary and K-Ci were Uptown’s Tammy and Marvin.

In 1988, Mary J. Blige sang Anita Baker’s “Caught Up in the Rapture”. The song reached Harrell’s desk a year after it was made and immediately caught his attention. In 1992 Mary J. Blige released her platinum-selling debut album, What’s The 411.

In the early 90s, DeVanté Swing, Mr. Dalvin, K-Ci, and JoJo made their way to New York City with plans on signing to Uptown Records. where they eventually finessed their way into performing “Come And Talk To Me” for Harrell in person. Under a young Puffy and creative direction of DeVanté; Jodeci was developed as a fly, sexy bad boy R&B act with incredible singing power. Their 1991 debut album, Forever My Lady, was such a hit it entered No. 1 on the R&B Album 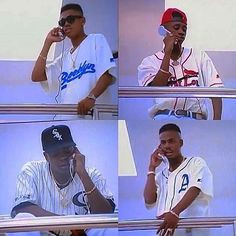 Uptown was merging fashion, music, and culture in a way that was groundbreaking.

We all know this part: Puff starts acting like… a Bad Boy. Andre Harrell fires him, and that allowed him to starts his own company. But first he introduced us to a new artist out of Brooklyn named Biggie Smalls, who he threw on Uptown’s “Who’s the Man” soundtrack.

Universal Pictures and Universal Television opened up to Harrell’s creative vistas to include film and television. Uptown Records thus was renamed Uptown Entertainment. Out of this created Fox’s hit crime television show NY Undercover. Credited to being the first urban Hip Hop/ Cop drama on television. The showed aired from 1994 to 1998 starring Malik Yoba, Michael DeLorenzo and Lauren Velez.

NY Undercover made music a full part of the show. They had the greatest R&B cover performances every week at nightclub “Natalie’s”.

Al B Sure was now more writer/producer. Uptown signed Christopher Williams, Al B Sure 2.0. Christopher Williams never had the rabid fan base Al B Sure did, but he had such a great voice. It wasn’t until Christopher Williams signed to Uptown and released his 1992 sophomore effort, Changes, that the baritone singer earned his first No. 1 hit with the song “I’m Dreamin.’ The popular song also lived on the New Jack City soundtrack and is one of the songs that immediately comes to mind when reminiscing about the cult classic.

Back to Al B Sure. In meantime, he wrote and produced a lot of Jodeci’s first album, Tevin Campbell’s first album, and of course still worked with Heavy. Proving his ability to make baby-making slow jams, Sure has gracefully lent his vocals and songwriting talents to many throughout his career.e.

During the Big Tyme tour, Heavy’s dancer “Trouble T Roy” Dixon dies after an accidental fall at 22 years old. Pete Rock and CL Smooth’s “They Reminisce Over You” is for him. 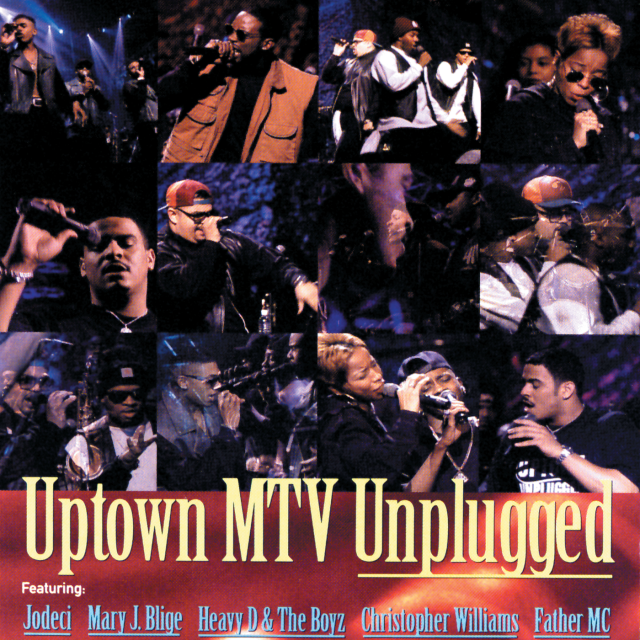 In 93 Uptown is the leading Urban Culture Hip Hop Soul and R&B with Mary, Jodeci and Heavy. The label is selling out and topping the charts, and NY Undercover’s a hit. Then uniquely they come out with Uptown MTV Unplugged.

Meanwhile, Bad Boy is coming for Uptown’s spot. Everything that Uptown did for the culture, Bad Boy Records was now the younger version. They were quickly ascending to be the urban lifestyle label. 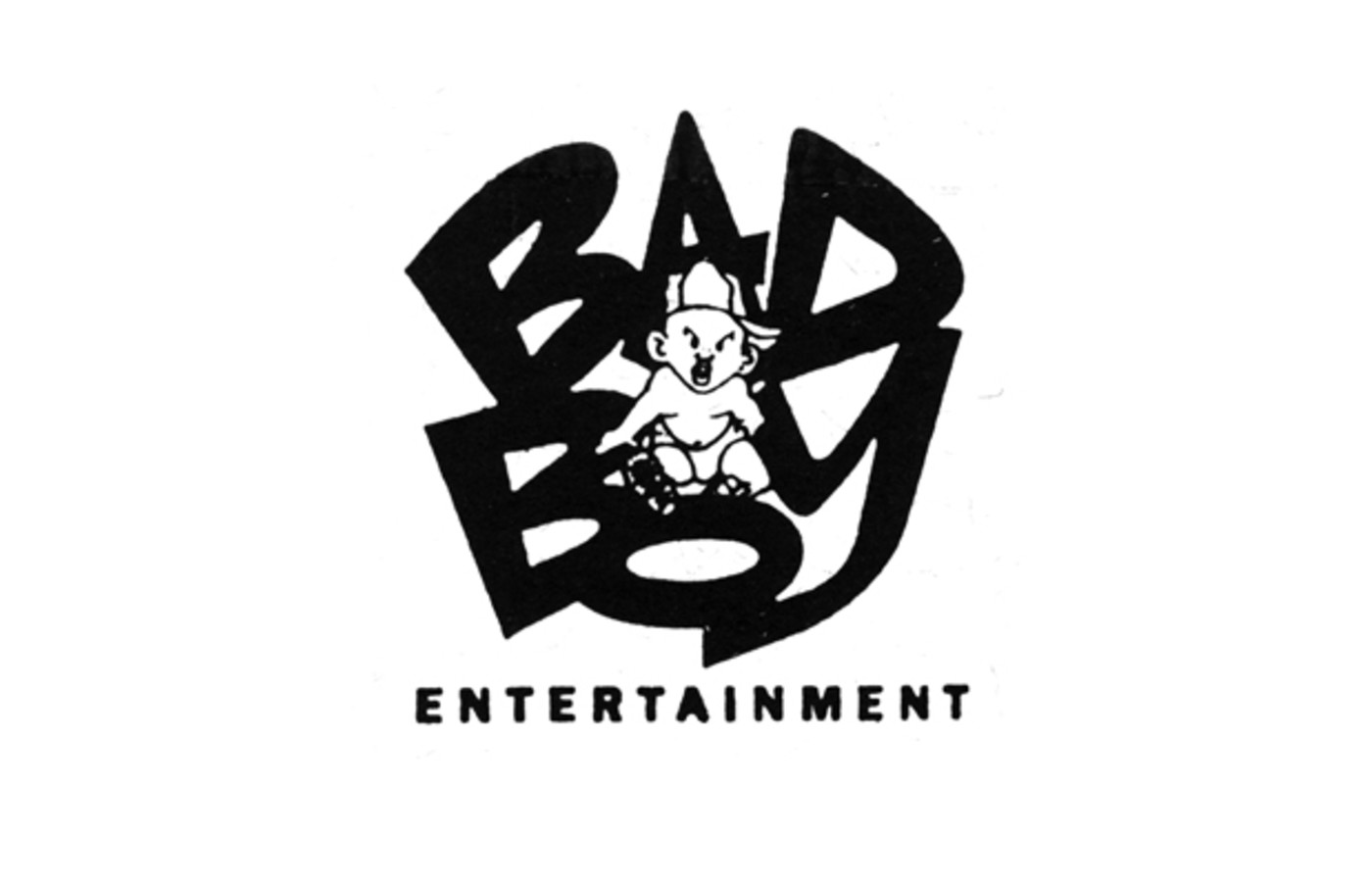 Hailing from South Jamaica, Queens, New York City Lost boyz. Consisting of Mr Cheeks, Freaky Tah (rip), Pretty Lou and Sprigg Nice. They walked a great line between head nodding boom bap and party rap. They scored several hits around the time of their 1996 debut, Legal Drug Money, but the murder of Freaky Tah would effectively end the group before the end of the ’90s.

when Andre leaves, Heavy steps in. He’d already brought in Soul 4 Real. Formed in 1992 by 4 brothers Brain, Chris, Dre and Jason. Soul 4 Real debuted in early 1995 with Candy Rain. The album had gone platinum and reached number 23 on the album charts.

Then there was Monifah, who also had some jams and a couple of hits, but whose career didn’t quite curl all the way over the way it could have.

Mary and Jodeci left Uptown and moved over to MCA proper. Heavy didn’t really want to run a company, So the Uptown era was done by ‘99.  Uptown Records legacy will forever be imprinted on Hip Hop Culture.