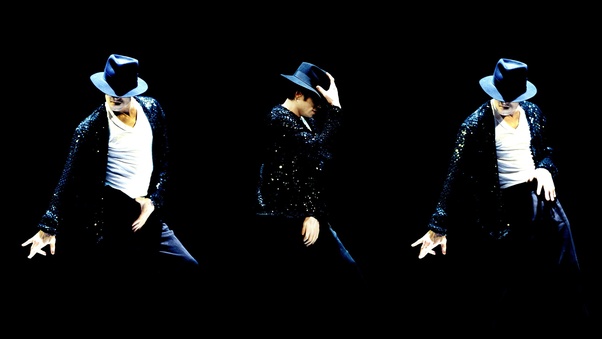 Nowadays dancing reality shows on television are trending and this is one of the major reasons why hip-hop is gaining more attention than before and not limited to streets and underground hip-hop clubs. Hip-hop is a collection of urban dances that includes a foundation of breaking, popping and locking.

So let’s explore the most famous true hip-hop dancers and who are the most popular new-style hip hop dancers?

Michael Jackson is known as the King of Pop, however, many of his dance moves find their origin in hip hop dance. He combined hip-hop dance styles with funk, soul and electric boogaloo to create a unique balance of pop, and hip-hop worthy dance. His style is admired worldwide for its unique style and fashion.

For the younger generation, this name may not even popular. Run-DMC was popular in 80’s and they were the exceptional hip-hop group equipped with timeless hip-hop moves.

Aaliyah was a popular hip-hop and pop singer in the 90’s. BET (Black Entertainment Television) ranked her as one of the top 25 dancers of all time. Her style was different, amazing and she utilized many hip-hop styles. Unfortunately, she died in 2001 in a plane crash. In the journey of her career, she shared the stage with creative hip-hop artists like Sean Combs and Timberland.

Needless to say, she became popular recently because of her position as a judge on American Idol, however, she has always had a cult following for her choreography skills and musical talents. In the world of hip hop dance, she as a choreographer and a hip-hop dancer organized dance routine for the famous performers like Janet Jackson and The Jackson’s.

Even she choreographed the piano, dance scene done by Tom Hanks in the movie Big. Most people are not aware that she’s won several “Best of Dance” awards during her career. In the course piano lessons for hip-hop, she knows how to incorporate this timeless instrument into the breakbeats of hip-hop.

Ciara is a dancer and an American singer who released her debut in the year 2004. She gains popularity for her hip-hop and pop-infused style of dance and music. Moreover, she won the Best Dance Performance at the Soul Train Music Awards in 2010 and has worked with big names like Akon, Ja Rule, and Flo Rida.

Who doesn’t know about this couple who is unstoppable and amazing? They actually met in school and started off choreographing hip-hop performances for the dance company Culture Shock. They are presently residential choreographers for – So You Think You Can Dance.

You must know that the Les Twins are identical brothers of French descent. Internationally, they are popular for their new style hip-hop talents. In the journey of their career, they grab several hip-hop awards, including the World of Dance in 2010. They’ve been highlighted on Good Morning America, BET, and the Ellen DeGeneres Show. And have worked with many famous people like Beyoncé, Timberland, Kanye West.

Almost every hip-hop fan knows Beyoncé. Basically, she doesn’t need any introduction. She is one of the most powerful female dancers, vocalists, and a strong personality of modern times. She began as a member of Destiny’s Child and after the closure of the group went on to a solo career. Her hit single “Single Ladies” made a worldwide dance craze where Beyoncé’s most popular moves became staples in many hip-hop routines.

So, in the world of hip hop dance, these are the famous top personalities and hip hop dancers who ruled the industry with their moves.