Soul Train Greatest Old School Hip Hop Performances is focus on ground breaking milestone in Hip Hop Culture. In the spring of 1979, Hip Hop music on record is born. Fatback Band’s “King Tim III”, Younger Generation’s “We Rap More Mellow” and The Sugarhill Gang’s “Rapper’s Delight” simultaneously debuted Hip Hop’s first commercial records. Soul train moves right into the Birth of Hip Hop during its infancy. In 1979 The Sugarhill Gang was the first rap group to perform on Soul Train, while Kurtis Blow was the first rap artist. However, in 1975 it can be said that The Lockers are the first hip hop group to commercially perform since soul train’s conception in 71′.

This is the precursor to Hip-Hop dance, i.e., Electric Boogie, Popping and Breaking, and Hip-Hop culture in general. The Group was formed by Don “Campbellock” Campbell and Toni Basil in the year of 71. Including members are “Tony Go-Go”, “Camelot Jr”, “ Fluky Luke”, “Rerun”, “Shabbadu” and “Robot Slim”.

“Rapper’s Delight” is credited for introducing hip hop music to a wide audience. The record peaked at no. 36 on the US Billboard Hot 100 Chart, no. 4 on the US Hot Soul Singles chart, no. 1 on the Canadian Singles Chart, No. 1 on the Dutch Top 40 chart and no. 3 on the UK singles chart. The record sold over 2 million copies in the US and the song ranked number 251 on Rolling Stone magazines 2004 list of ‘500 Greatest Songs Of All Time’. The song is arguably one of the most sampled records of all time, supposedly used in over 225 other songs.

It was one of the earliest hip-hop hits, peaking at #87 on the Billboard Hot 100 chart, #4 on the R&B charts, and #9 on the Dance Charts. He is one of the first commercially successful rappers and the first to sign with a major record label. “The Breaks” was the first certified gold record rap song. Blow was born in Harlem in New York City, and got his start in 1972 as a B-boy and a DJ. 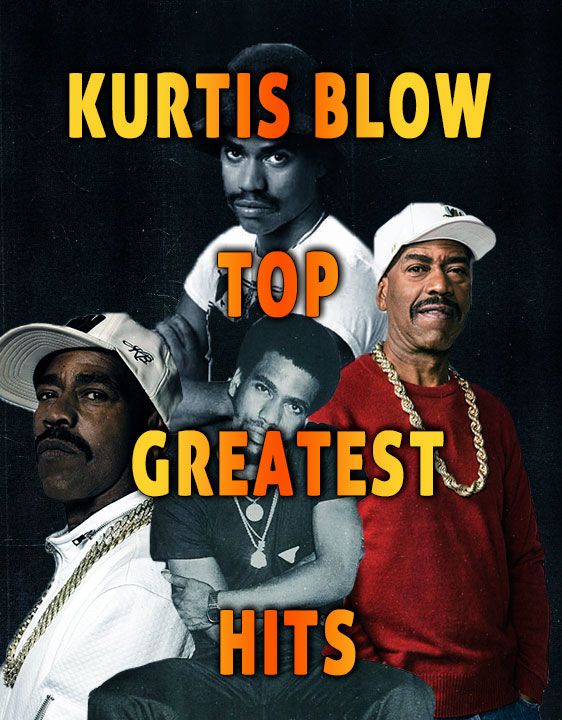 RUN-D.M.C.’s third single “Rock Box” is a TIMELESS CLASSIC. Captured the Number 26 spot on the Billboard Dance. “Rock Box” fuse Rick Rubin’s influence on rock and roll with hip-hop. The single appeal to both the uptown fans of hip-hop and the downtown fans of rock. Capitalizing on the success “Rock Box” became the first hip-hop video to air on MTV.