Founded in 1977, the crew’s original name was the “Untouchable Four B.Boys”. It consisted of four members, Joe-Joe, Easy-Mike, Jimmy-Dee, and P.Body 170th. A meeting was held in Echo Place Bronx, NY, at the residence of Jimmy-Dee. It was there that the ROCK STEADY name was born. 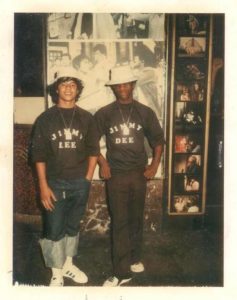 Rock Steady Crew would serve only one purpose. To keep the steady flow on the dance floor. What does the Rock and Steady mean? The word “ROCK” symbolized the concrete for the bumps and bruises sustained while performing. The word “STEADY” constituted the love and continuation of the art of BBoying. In addition, the word “CREW” is a special meaning of teamwork and efforts that were put forth in order to empower those individual skills. Here are some RSC BBoying moves. Let us know your favorite move in the comment section down below. As a matter of fact, submit a video to BOHH and be feature on the site. Its never too late to make your impact. 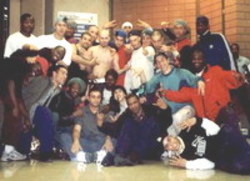 Richie Colón, known as Crazy Legs approached Joe and Dee asking for the expansion of a Manhattan chapter of the crew. Permission was granted therefore, Joe-Joe and Jimmy-Dee supervised the chapter into the battle against the Dynamic Rockers from Queens, NY. “We toasted them!” accordingly, Joe Joe’s statement. The Bronx chapter gradually diminished due to each individual member’s circumstances. For instance, Jimmy-Dee disappeared off the face of the earth. Others members relocated, some passed away and Joe-Joe was sent to mandatory job corps for two years”. However, in that time frame, the Manhattan chapter thrived under Crazy Legs’ direction and supervision. Rock Steady Crew then became an international B.Boy sensation. “Who would have thought what little Richie Colon would achieve through so much potential and self-determination”. 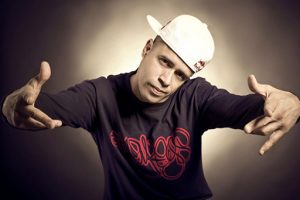 Richard “Crazy Legs” Colón is a Puerto Rican American b-boy from The Bronx, New York. Born January 11, 1966. He was featured in the earliest stories on hip hop. Wildly known as the president of the Rock Steady Crew. Today he is also involved in community outreach, dance instruction, and dance theater productions.

In 1979, Crazy Legs and Lenny Lee grew the RSC name into Manhattan. They used battles as a means of recruitment. In 1981, the battle between the Rock Steady Crew vs Dynamic Rockers gained world-wide attention. Thus, brought BBoying in to the world. Significantly, members Ken Swift, Crazy Legs and Frosty Freeze premiered in the box office smash “Flashdance”. This lead a nation wide phenomenon into what is now being called “breakdancing”. 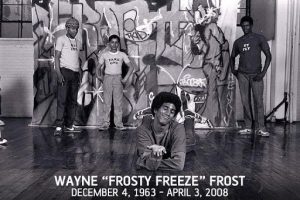 Frosty Freeze b-boy known for his comedic, acrobatic, and inventive style. However, his trademark move is known as “dead man drop”. A move that he created accidentally by attempting a poorly executed backflip and landing on his back. He featured in early hip hop movies movies such as Flashdance, Wild Style, Style Wars, and The Freshest Kids. Also, Music videos such as Afrika Bambaataa and The Soulsonic Force’s “Planet Rock” and Malcolm McLaren’s “Buffalo Gals”.

In 1982, Rock Steady Crew became members of Afrika Bambaataa’s Zulu Nation. Later, took Kool Lady Blue as their manager. They were part of a European tour that included Afrika Bambaataa, Fab 5 Freddy, various graffiti artists among others. RSC recorded a record called “Hey You Rock Steady Crew” The record is the RSC anthem that reach the top of the British charts. Also, released a single called “Uprock”. Both songs appeared on their album “Ready For Battle”. Rock Steady Crew preformed in 1991 Source Awards as the first annual Rock Steady Anniversary Celebration which continues today. The RSC anniversary symbolizes the preservation of the history and the evolution of Hip-Hop Culture. There are now chapters in Las Vegas, Orlando and Los Angels, as well as members in Japan, the United Kingdom, and Italy. Rock Steady Crew impacted the hip hop world forever.

Click to Watch ‘Itching For A Scratch’
Birth of hip hop Original Film based on a True Hip Hop Story.

One thought on “Rock Steady Crew Break’n The World”