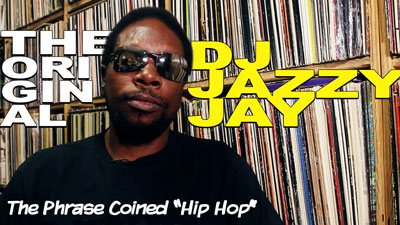 As I became entrenched in this genre of music. I started wondering, “Where did it all begin?”, “what are the roots of this musical form?” We all heard the name Kool Herc was the pioneer; some say Cowboy Wiggins was the one who coined the term, Hip Hop. Some even say that the Grandmaster Flash should be credited with coming up with this term.

So the accounts of it all starting are a bit ambiguous. They have no certainty in them. Now what I like to think and what I have seen is the case with this form of music was that it started as what my people would call a backyard entertainment.

There was no commercialization associated with it and that’s why there are no definite accounts of its origin. It started with normal working class people who just wanted to have some fun and who were creative and enthusiastic enough to come up with a whole new music genre in their backyard!

I like this story associated with Kool Herc of how he came up with this technique of breakbeat. Because he wanted to entertain people, he started noticing those moments in the record where people would jump up and dance where people would enjoy the music. He found that it was between the drum breaks when the other instruments and the vocals would stop and all that was left was the rhythm of the drums!

He then came up with the idea of using two turntables in a conventional DJ configuration. It was not because he was opting to make a smooth transition from one turntable to another. Rather his aim was to alternate between the copies of the same record. This would allow him to extend the rhythm of the drum beat which was enjoyed mostly in his audience.

The beauty of the origin of this term lies in its congenial essence; it started from a party that became successful owing to this trick invented by Kool Herc. This friendly setup then led to a grass root musical movement and then after more than five years, the term hip-hop was finally added to the musical vocab.