The Undeniable Impact of the Hip-Hop Fashionista over High Fashion

Rappers are the current trend setters in the high fashion industry – whether you wish to swallow this believe it or not. What popular artists wear is just as important as is to their music. Hip Hop Fashionista such as Kanye West, Pharrell, Asap Rocky and many more have ascended from rapper to designer. Over a quarter of a century, Rappers became the most important fashion ambassadors for ‘High End Brands.

Hip-Hop has its roots in the South Bronx during the 1970s. Its sound and culture eventually spread around the world, leaving behind the notions of nationality, origin, culture and race. 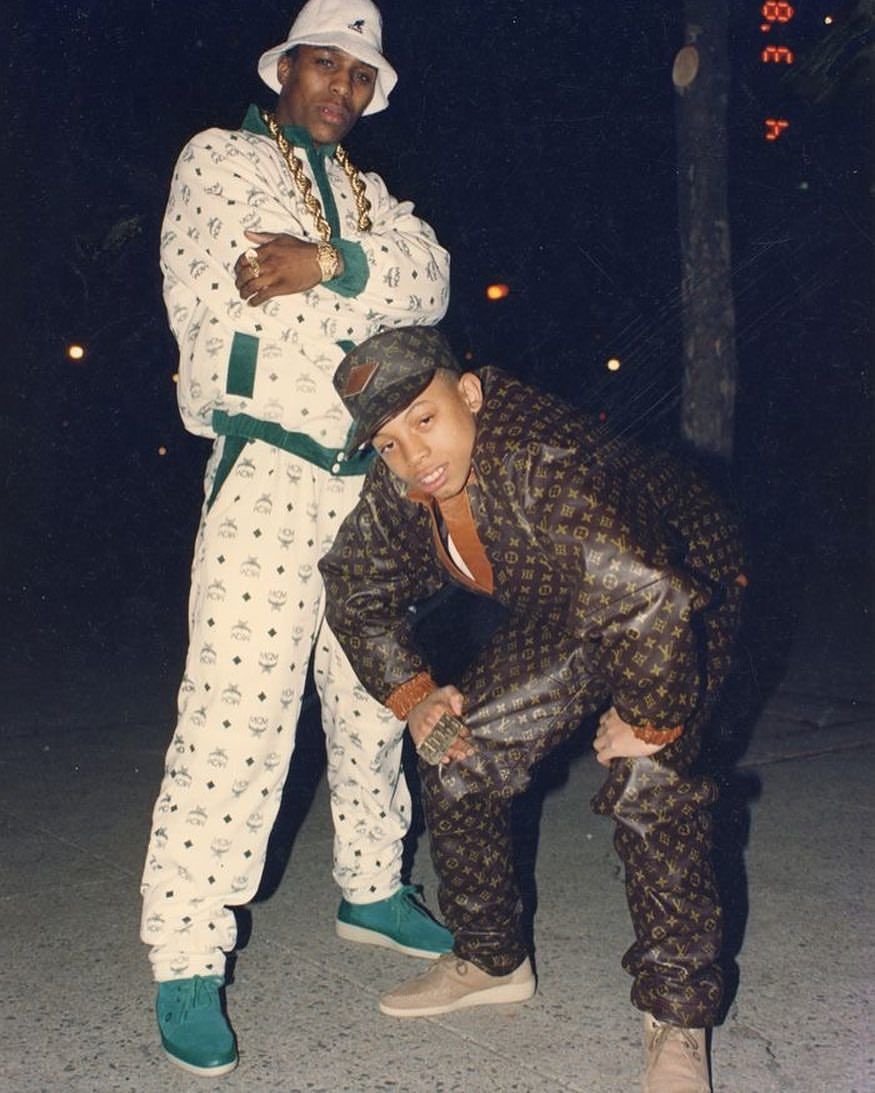 The Hip-Hop fashion trend goes all the way back with dapper dan to Run DMC. 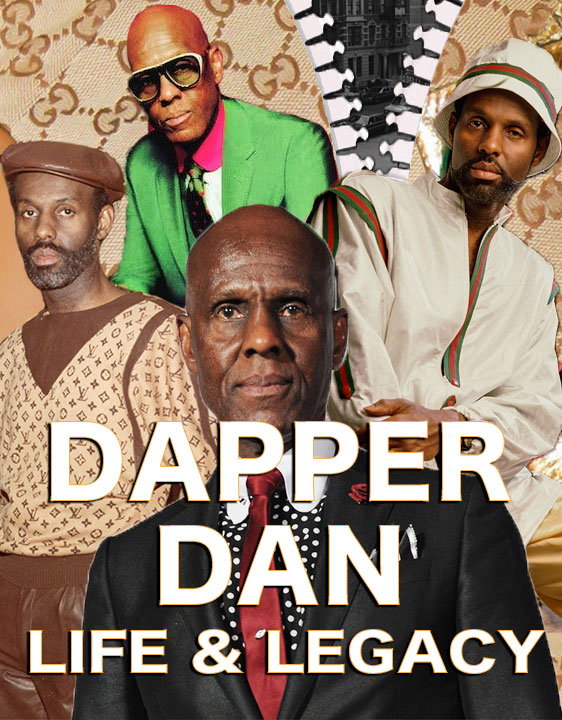 Dapper Dan is most readily known as the tailor and couturier who gave rap music its signature style. Being an ambitious risk taker, he used bootleg fabrics to make high-fashion prints. Draping everyone from Big Daddy Kane to LL Cool j and Rakim in unforgettable, one-of-a kind counterfeits of the trendiest high end fashion brands. 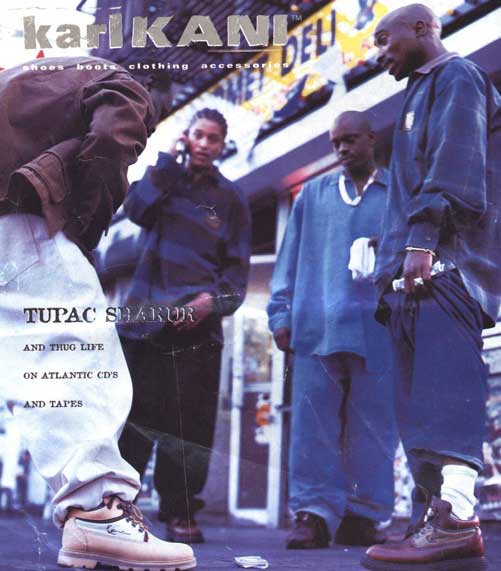 90s hip hop wouldn’t have been here without these popular Black owned brands like Karl Kani, Phat Farm and FUBU. Other notable urban brands like Pelle Pelle, which is widely recognized as one of the first companies to showcase rap artists in their campaign ads. CFDA-Nominated designer, Maurice Malone is know as the greatest denim designer in fashion. Cross Colours was launched in 1989 by Carl Jones and TJ Walker with a strong and uplifting message: Clothing Without Prejudice. Mecca was huge presence in the hip hop scene and help pave the way for other 90s brands to come. Ecko was the largest street brand in the world based with graffiti graphics. These street-wear brands are a staple for 90s Hip Hop fashion. 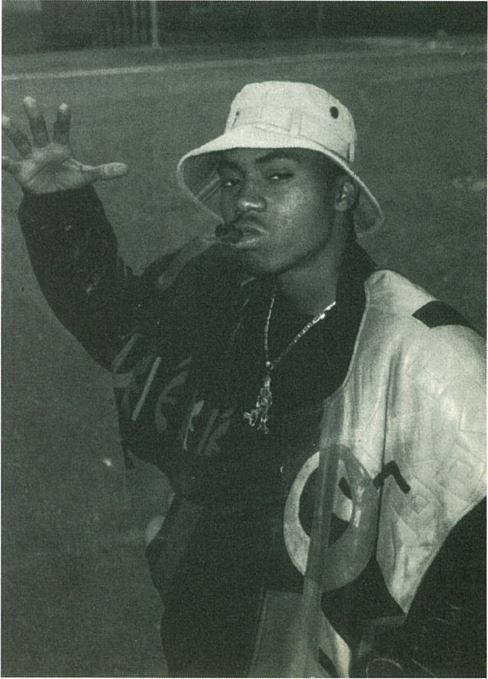 However, Tupac was the first rapper to take the dive into the high fashion world. High End Fashion labels in the 90s were Guess Jeans, Versace, Moschino, Tommy Hilfiger and Calvin Klein.

Gianni Versace was so smitten by Tupac, that he claimed him as ‘the most beautiful man in the world. Also, welcoming him to Milan shows to perform his music and creating one-of-a-kind custom garments. In the year of 1996, he was given lead on the runway in a Versace fashion show.

When it comes to bring sexiness into hip hop, we look at Lil Kim bringing the feminine sexual aesthetic. The rapper double down on her sexuality and used it to unapologetically empower herself in a world of men. In an interview with billboard Kim told them “My record company did’t understand a female rapper being sexy”. 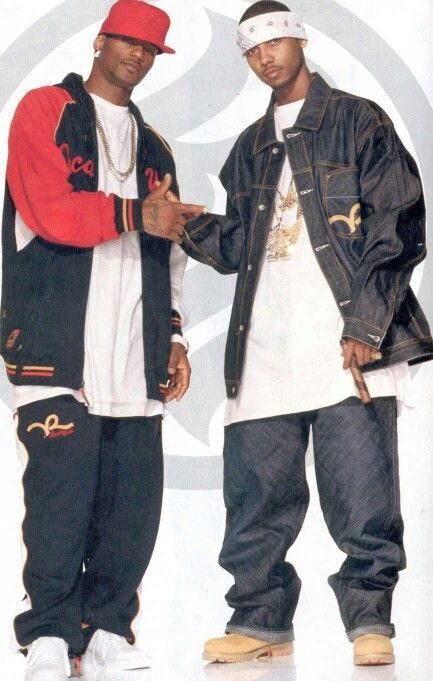 Following the murder of 2Pac, rappers started following suit and wore the latest Armani and Versace in their videos. Soon after, Jay Z launched ‘Rocawear’, which was an independent high end clothing line and with no collaboration between any fashion brands. The success of the brand along with ‘Sean John Clothing’ by Diddy was monumental and paved the way for Hip-Hop fashion entering the High Fashion world. Fast forward to 2004, Puffy beat Ralph Lauren and Michael Kors for the Menswear Designer of the Year.

2000s was start of Hip-Hop never looking back. While Rocawear was highly successful, the use of baggy clothes and bling-Bling was still in style. Early 00s rapper Nelly Launched Apple Bottoms. 50 Cent teamed up with Marc Ecko (founder of streetwear brand Ecko) to create the G-Unit clothing line. Pharrell Williams paired up with Japanese fashion icon Nigo (founder of Bathing Ape) and created streetwear brands Billionaire Boys Club and Ice Cream. Lupe Fiasco owned Trilly and Truly and Righteous Kung-Fu. Lupe was one of the major reasons skater punk became acceptable to the next generation of hip-hoppers. Wu-Tang has their independent clothing line called Wu Wear.

Though, most emerging brands from rappers were street-wear and not high fashion. Key figures will help fill in the gap and further merge Hip Hop with high end fashion Brands. When Kanye West entered the scene with his debut album wearing Ralph Lauren polo and carrying a Louis Vuitton backpack. The Hip-Hop fashion industry was given a statement and opened their eyes to the possibilities of leading by example. 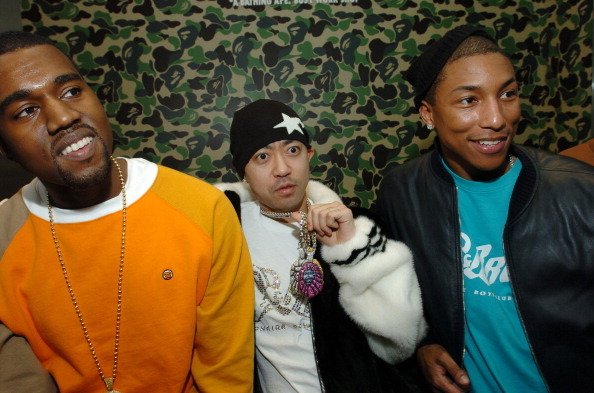 In the Spring of 08, Pharrell Williams partnered with Louis Vuitton. This established his reputation to move into the High-end fashion realm. Pharrell Collaborated with Moncler, G-Star, Karmaloop and even furniture designs with Emmanuel Perrotin. Pharrell was in the front lines and holding the door for collaboration-centric partnerships we see today.

Kanye West pivotal jump from a Hip Hop artist to fashion Icon starts with 09 collaboration with Louis Vuitton. Although, West created shoes with Bape, Reebok’s S. Carter, LV, and Nike, he substantiated his success with adidas. However, before he build his billion dollar brand Yezzy, West became an intern at Fendi back in 2009. The rapper described his training as “learning from the best”. He would be seen at almost every high-end fashions show from here on and continue to build relationships with the top fashion names in the world. 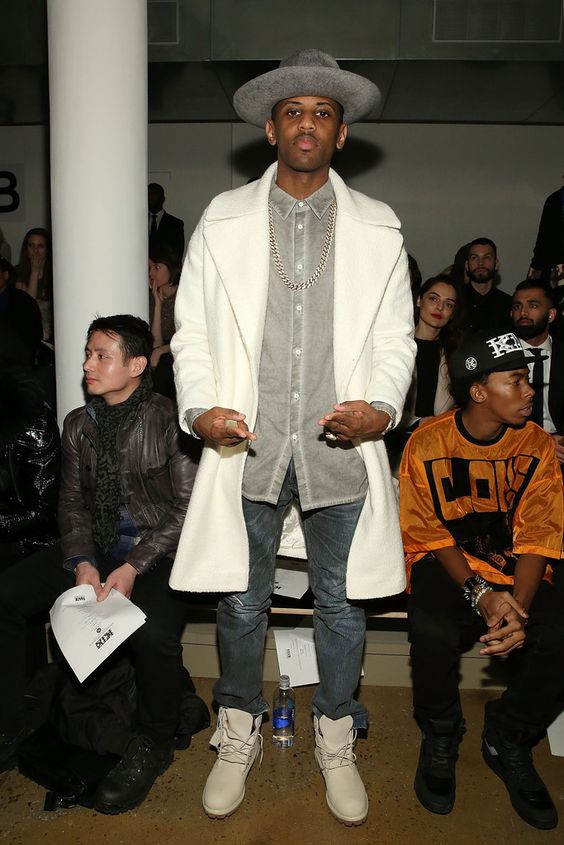 The interaction between hip hop artist and designer gave way for a promising future for rappers. Artist such as Asap Rocky or Fabolous makes the jump from streetwear brands to rocking the fresh-off-the-runway garments.

Nowadays, baggy clothes have virtually disappeared in the Hip Hop culture. The time of high-end fashion is in. Luxury fashion brands has hit a new era in Hip Hop. Music industries and new artists soon started following the trend Kanye had set, and in time, their fans also started following them. It soon reached a point where now fashion brand names are being mentioned in almost every song by various artists. Gucci is the most name-dropped high end brand in the recent decade according to Genius. Followed by Mercedes-Benz, Nike, Comme des Garcons, and Louis Vuitton.

Brands have recognized that there is a ‘dual-sided’ nature of Hip-Hops commercial ascension – they’re now flocking towards it. Many artists, when they represent a brand, inspire fans following them to buying brand products. Back in the year 2016, when Kanye launched the Yeezy’s brand in collaboration with Adidas, people were lined up for hours just to buy it. This not only highlights the influence of rappers in the fashion industry, but also informs the brands that consumers see them as something covetable.

The Hip-Hop fashion culture is taking over the world of High Fashion by storm. The image of a hip hop artist is now covered with luxury and diamonds. And, by the looks of it, it seems that it won’t be giving up this spot anytime soon.