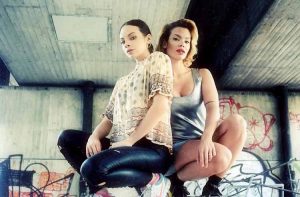 BOHH: Who is Fleur en Fleur? Describe your music and sound?

FEF: Fleur en Fleur, this is Amelie and Isabelle, two sisters from Germany running their own music business. Our sound is something in between R’n’B and Hip Hop, mixed with some Neo-Soul-elements.

BOHH: How did you both get into music?

FEF: We started pretty early when our mother decided to put us both into local music school. We started with Violin, finding out pretty quickly that singing is our true passion. So basically from early childhood to the end of our school life we spent most of our time with musical education.

BOHH: Who are some of your musical inspirations?

FEF: There are plenty! From all time legends like Whitney Houston, Michael Jackson, to todays newer artists like Jorja Smith, Anderson Paak and Frank Ocean. Sister Duos as Ibeyi or ChloexHalle and of course female hip hop artists that showed us how to do it. Mc Lyte and Missy Elliot are just some of them.

BOHH: We hear vocals and rap in your music, how does Hip Hop play a role in your sound?

FEF: As 90s kids we feel like we were raised by all these Hip Hop and RnB legends of that time. Hip Hop is just a part of our generation, it reminds us of our childhood and youth. Hip Hop let us feel cool, confident and empowered. Plus we love to combine strong spoken words with a beautiful singing melody.

BOHH: Let’s talk about your single “HOMIE.” What was inspiration behind the track?

FEF: HOMIE is a bittersweet track. Cool on the outside, a little emotional on the inside. Talking about men playing too hard in a relationship. It’s a song to empower everyone who feels stuck in a toxic relationship to get your stuff and leave cause you deserve way more than that! Ladies we’re flawless!

BOHH: Do you both write your music today? How do you each incorporate your sound and then connect them both?

FEF: We write and produce everything on our own, in our tiny, but really cool home studio. I (Amelie) write and produce all the songs together with the Jazz Drummer Nevyan Lenkov, later I show the ideas to Isabelle, thats when the real process starts, adjusting things, changing melodies, creating our own sound, recording the vocals and at the end finishing the track. 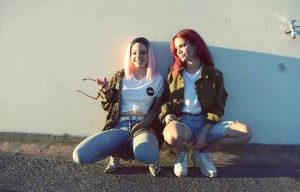 BOHH: What’s next for your project? Any new music coming out?

FEF: New Music is coming out at the end of June together with a new music video. August we will record our first EP, to hopefully drop it around October.

BOHH: Have you made a trip to the United States yet?

FEF: We have never been to the United States yet, even though our father was born in New York City! We did already visit Brazil, the home country of our mother, the US is still on our bucketlist!

BOHH: Where can we find more of your music and stay connected?

FEF: We use Instagram as a main source to connect and stay in touch with people from all around the world (@2fleursmusic), but you can find our music on youtube, Spotify, apple music and all the common streaming platforms.

BOHH: What motto or quote do you live by?

FEF: Live for your dream, cause anyone else will!

Birth of hip hop Original Film based on a True Hip Hop Story.