CALLIGRAFIST: The STAGES of the STORYTELLER

To me, I believe that true visionaries not only have the gift to expand minds but can invoke a feeling within their work. They are creators but also motivators. Motivating in the sense, that through the production of their creations, we feel apart of it. Harlem born, 32-year-old, Ismail Sayheed, known as “Calligrafist”, is a visual storyteller that enables a feeling within, making onlookers feel like they were there with him through his photography. He does this through what he entitles “STAGES.” Likewise, in life, there is always a beginning and an end. Within the purview, there are transitions, developments if you will, that lead us to where we will inevitably end up. With CALLIGRAFIST, his journey has only begun, and his success will be limitless. 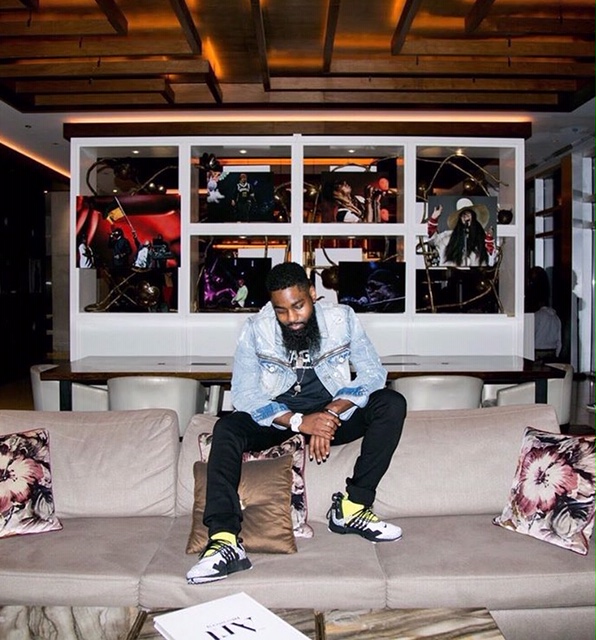 <<STAGES>> (1) defined at the points, periods, or step in a process or development. (2) a raised floor or platform, typically in a theater, on which actors, entertainers, or speakers to perform.

CALLIGRAFIST, presented his exhibition of photography in September of 2018. It was the first series of events that Calligrafist staged over the last two years. Showcasing dynamic, never seen depictions of his work from his 10-year journey.

A true Taurus zodiac (born on May 14, 1986), this creative expressionist focuses on his target capturing iconic moments with some of the most well-known artists and creatives. From energic performances by musics’ leading men and women to incredibly powerful portrait photography of artists from all walks of life.

I sat with CALLIGRAFIST, face-to-face, as he gave me a detailed, personal account of how he got to where he is, where he wants to go next, and the stages of his subjects.

BOHH: How did you come up with the name for this exhibit “STAGES:

CALLIGRAFIST: I didn’t want anything cliché, I wanted it to be real. Primarily the show was shot entirely on stages but also depicts stages of my life, stages of my career, if you look through the photos I can tell you where I was, what kind of lens I had, and what I had to do to get that photo. So, it’s really about “stages” in all sense, stages of the people who support me. Stages to my growth as a Muslim, an individual, as a creator, just everything. It stems from every photo taken being taken on the stage but when I dive deeper into it, it’s just STAGES, entirely.

Quoted from his website “STAGES takes Calligrafist’s introspection activating artistry to the next level by presenting global celebrities captured onstage in rare, revelatory moments that challenge prevailing judgments of them rendered in the court of public opinion.”

BOHH: (At the exhibit) which photos can you describe from being the first to most recent?

CALLIGRAFIST: That’s easy. Drake wasn’t necessarily the first, but taken 7 years ago. And the most recent ones include Nicki Minaj, Meek Mill, Kendrick Lamar, Oozie and Pusha T were all taken at Made in America festival in 2013.

BOHH: Which “STAGES” were the most challenging to take?

CALLIGRAFIST: Challenging I think…I waited 6 hours to shoot Jay-Z, 4 hours for Erykah (Badu). Jay-Z was also in Made in America, but a few years back. I camped out for a lot of these. But these are challenges that I want, the purpose. I went there will the purpose of shooting the people, so I made the effort to do so.

BOHH: How did you get introduced to photography?

CALLIGRAFIST: I had a clothing line, early on, like 11 years ago and I got tired of people not showing up to shoot it, so I bought a camera (First camera: Nikon D3100), and I still have it lol.

BOHH: What do you hope to capture? Is it intensity? Performance Presence? Expression? Do you have a certain subject? A certain style?

CALLIGRAFIST: It depends on how long. I have shot J-Cole about 6 times. So, for me, again it’s about the purpose. If I have shot you a couple of times, I’m going in to get your eyes, your nose, your movements…even your sneakers. I want to tell a story. If it’s my first time shooting you, I want to get the full body, head shots…I want those first shots to represent me. After that the second time, my subjects add to it as well. Like first time shooting Kendrick, since he’s been KENDRICK. For the DAMN tour, I camped out for that for 6 hours too. And the set was super dark, there was no lighting on the set. That was the most challenging. Shooting Kendrick with darkness to his back and the light only was reflecting from something else, he wasn’t lit himself! I got into all of this with purpose, again knowing that I want to tell a story.

“With purpose, he is also a perfectionist. His work represents PASSION. STRENGTH. CONNECTION. He is a visionary and knows exactly what he wants in life.” Says his brother Mikail.

BOHH: What about these POWERFUL shots? Like the photo of Meek Mill? Mac Miller? 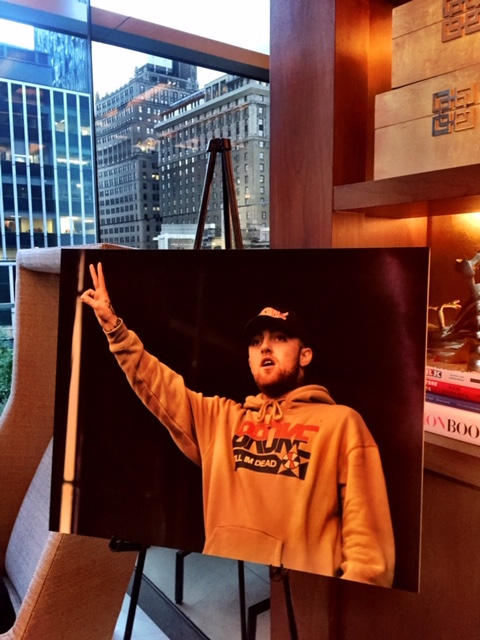 CALLIGRAFIST: With Meek Mill, it was shot that way. It was landscape and then I cropped. He had put his middle finger up (lol), to me represented where he was in his career like he couldn’t be stopped. It embodied so much. It was his first inner city; big Made in America show since being released from jail. His energy was like on MEEK MILL, like wow! When he screamed and yelled, in my captures, you felt. He was smiling a lot but then there was that moment. I caught this moment with his finger to the air, to like rep “I’m here! I’m back!” Like “they tried to put me down, but I’m back in my city!” So, for me, for the black community, it spoke to me!

BOHH: With Mac Miller, like this was incredible. Do you ever look back into your photos as glimpses to a future perspective? What was your thought to have this specific photo added to your repertoire after his passing?

CALLIGRAFIST: Yes. Yes. The photo (Mac Miller) almost didn’t make into the exhibit because I planned to do more with him. But my creative director, Dark Nyte, we were going back and forth about it. Once we decided, we were like ok, lets choose. And had shot Mac Miller for a while, like 5 years. So, I’m going through them, picking, picking, and picking, trying to find the perfect set. With Mac, this photo spoke the most to me. Him (Mac Miller) putting up the peace sign with his hoodie reading “Broke, until I’d dead.”…like wow. The shirt he wore meant something to him, I didn’t know what, but I knew it meant something. It was nostalgic, so appropriate. It was like the deepest goodbye, but yet I am still here. It was beautiful.

After speaking for about 15 mins, with exclusive access to his incredible journey. Calligrafist smiled looking at his work on the walls, being greeted by those who were truly inspired by him. Hanging high in the Renaissance Hotel in the heart of Times Square, I can tell he knew it was only the start of the journey truly inspired

BOHH: What is your mantra for life?

CALLIGRAFIST: (LOL) it changes day-to-day but right now it’s about purpose. PURPOSE! Why am I doing this? Like it can’t be “just do this”. As a photographer, you wake up and you chase the opportunity. You get a text, an email, opportunity. Thankfully, I am at a place in my career when I can kind of pick my opportunities a little bit more, not fully yet, but I can. So I make it about purpose. I’ve shot Beyoncé, I’ve shot Jay-z, NAS…I haven’t shot Eminem yet…like there’s artists I haven’t shot but now when I do shoot you, I am going with the story. Not just because of the celebrity, but the story I want to tell. All back to purpose. I want people to look at each of these photos and see the narrative.

Especially with the Women’s Wall behind me. You see Queens! You see women of power! You see and feel that power. I wanted to showcase women doing their thing! 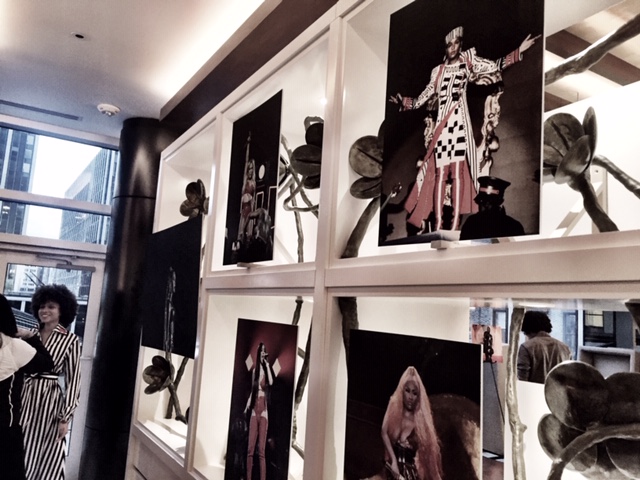 Where to find CALLIGRAFIST’s work?