Dj BREAKOUT and Dj BARON receives special induction into the Hip Hop Museum DC. Founded by Jeremy Beaver, owner of Listen Vision Recording Studio in Washington DC. To honor and induct legendary pioneers in all aspects of Hip Hop culture is HHMDC mission however, it is a pop-up experience. Above all, is their largest collection of Hip-Hop memorabilia and artifacts in the world. 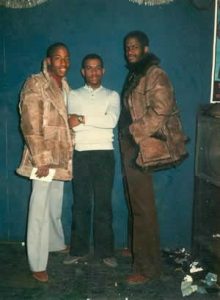 Dj Breakout and Dj Baron are true hip hop pioneers and very important to this culture era. As Promoters and Dj’s for the Funky 4 plus 1 before Records, their stories are one for the ages. Back then, they had the biggest sound system playing from park to park. Most notable parks included Edenwald Park, Boston Secor, Olinville Park, Valley Park, 63 Park, 78 Park, 123 Park, Cedar Park and Crorona Park. The Disco Brothers were not cutmasters like Grand Wizard Theodore, Grand Master Flash or Chatlie Chase rather, they promoted a lot of historical early hip hop jams. Hear the great stories the Dj Breakout and Dj Baron have to offer in The Brothers Disco interview.