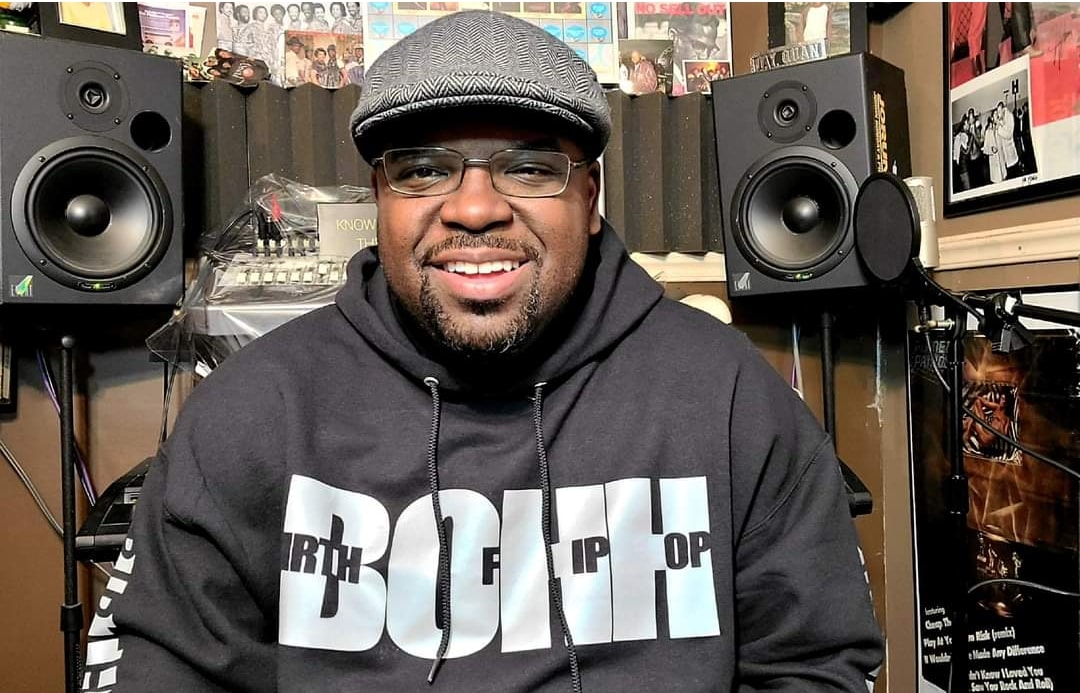 JayQuan is a music historian with an emphasis on Hip Hop, lecturer, narrator, webmaster, avid record collector, and music lover. Since 2000, he has been writing about Hip-Hop in general, the art of Emceeing and the evolution of rap records.

Jay is the founder and operator of The Foundation (foundationhiphop.com), a website that contains in-depth interviews with the founders of Hip Hop, biographies and profiles on the legendary rap groups, as well as a detailed timeline which chronicles the history of rap records. JayQuan produces, narrates and edits an acclaimed series of what he describes as “infomentaries” called The Lessons on his YouTube channel. The Lessons are best defined as video cliff notes about the legendary pioneers of the rap genre.

In 2018 Jay decided to expand his infomentaries into full length, broadcast quality pieces. He is currently working on several documentaries, as well as authoring his first book: The Evolution and De evolution of Rap Music. JayQuan serves as The Minister of Information for Grandmaster Flash & The Furious 5 and he is the official historian for the Hip-Hop Museum in D.C., as well as a member of the curatorial board for the Universal Hip-Hop Museum in The Bronx.

Additionally, Jay is well-versed in the histories of Progressive Jazz, Soul/R&B, and Funk. He has conducted extensive interviews with Jazz legends Lonnie Liston Smith and Tom Browne; as well as Funk/Soul pioneers Parliament Funkadelic, Cameo, Steve Arrington and Switch. JayQuan is available for lectures, voice overs, and interviews concerning all things related to Hip Hop, specifically from a historical view. Jay resides in Richmond, VA.